Grahamstown in the Great War 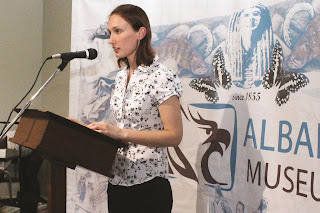 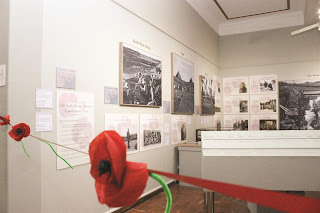 opened a new exhibition entitled “A glimpse of Grahamstown in the Great War”  on Friday, 11th December. The First World War, or the ‘Great War’ as it became known, was one of the bloodiest wars in history. It was fought between the Allies (based on the Triple Entente of the United Kingdom, France and the Russian Empire, and towards the end of the war, America) and the Central Powers of Germany and Austria-Hungary supported by the Ottoman Empire (Turkey) and Bulgaria. Between 1914 and 1918, the war drew in countries from all over the world on both sides and mobilized more soldiers in more fields of battle than ever before.  The war caused the disappearance of four Empires, paved the way for major political changes and led directly to the Second World War. Casualties amounted to 17 million people and left tens of millions of other lives broken all over the world.

Due to its historical ties to Britain, the Union of South Africa joined the war on the side of the Allies in 1914 and of about 231 000 of those of all races who served, about 7 000 were killed and another 12 000 were wounded. Many residents of Grahamstown and its surrounding areas joined and supported the war effort and were affected by the aftermath.

It is against this background that put together an exhibition that focuses on how Grahamstown was affected by the First World War. The opening event was attended by more than 40 guests with the museum manager, Manzi Vabaza leading the proceedings. Among the guests was the Head of Museums from Bhisho Head Office, Patricia Mafu who welcomed the guests. Descendants of those who fought in the First World War were also in attendance as well as members of the Museum’s Board of Trustees.  Prof Pat Irwin, a retired Dean of Education from gave a talk about the war. This was followed by the cutting of the ribbon by the chairperson of the board of trustees, Cecil Nonqane, after which the guests were given a guided tour of the exhibition by the curator, Amy van Wezel.

The display will be on until the end of 2019. It is currently in the foyer of the .

The public is encouraged to come and learn about Grahamstown's involvement in the First World War through our informative and interactive display from 14th December. The museum will be closed from 11am on the 24 December and re-opens on 4January 2016.
Posted by Albany Museum at 07:05